Humans rely on their memory to function. Muscle memory allows us to brush our teeth or tie our shoes without thinking about it. Information recall provides us with people’s names or the correct answer on a test. We trust our brain to store accurate information and get frustrated when we forget or recall false information.

Turns out, we have a lot more cause for frustration than we realize. In a recent study about memory, 3 in 4 adults failed to recall information accurately. Perhaps more disturbing, another study proved that 30% can be convinced to “remember” a false autobiographical event, meaning they believed something that never happened to them was a part of their memories.

Who do we turn to when we can’t trust our own memory? Other people? Sometimes that can help… but not always. It is also possible for large groups of people to form collective false memories. This phenomenon is known as the Mandela Effect. Paranormal expert Fiona Broome coined the term in 2009 to describe the widespread belief that South African leader Nelson Mandela had died in 1980 despite still being alive at the time. Today, the Mandela Effect is an umbrella term for a large group of people misremembering a specific detail or event in the same way.

The Mandela Effect is common in our society today. A popular example of the Mandela Effect is the spelling of “Berenstain” of the Berenstain Bears book series fame. Many believe that the author’s name is actually spelled “Berenstein” and claim they can find books in print with the misspelling on the cover. Another instance comes from Star Wars. In Episode V, Darth Vader turns Luke Skywalker’s galaxy upside down when he tells him “[n]o, I am your father.” However, fans are more likely to recite the line as “Luke, I am your father.” Most examples like this are minor, and some may see them as innocent; however, they point to a disturbing conclusion. Large groups of people can become convinced of details and events with no basis in reality.

In short, an individual can form a false memory for a number of reasons. Sometimes a person conflates imagination with reality. Other times, they mix up the true source of their memory, replacing an unreliable source with a reliable one. However it happens, the individual then spreads their “knowledge” to a group. The group goes along with the false memory out of an often unconscious desire for conformity. Anyone can experience the Mandela Effect no matter how well informed and intelligent they are. Avoiding the Mandela Effect is difficult.

Brought to you by: Online-Psychology-Degrees.org 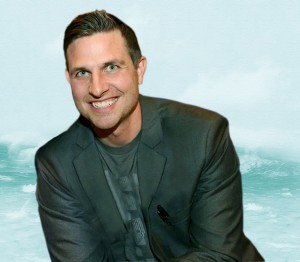